Liberal used car dealer Kevin Rinke wants to be your next Governor. Rinke is spending millions of dollars to air flashy television ads telling his story of selling cars and running the family business his father handed him.

Unsurprisingly, though, Rinke is leaving a few things out.

In fact, there are a lot of words Rinke uses in the workplace that he shouldn’t. Read the shocking sworn court filings for yourself. But be warned, the language is simply beyond the pale.

Read Rinke’s outrageous words for yourself. Share this with your friends. Share this on social media. Help us stop Kevin Rinke before his big-spending ego trip gives us four more years of Whitmer.

Read what longtime employee Mona Kidder said she had to endure from Kevin Rinke. 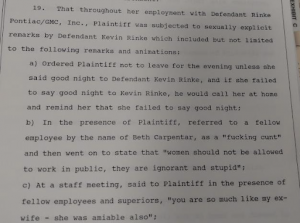 WARNING: Rinke’s crude language doesn’t belong in the workplace — and certainly not the Governor’s office 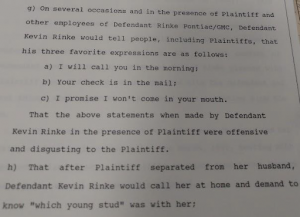 WARNING: No employer should ever talk to an employee the way Kevin Rinke talked to this woman 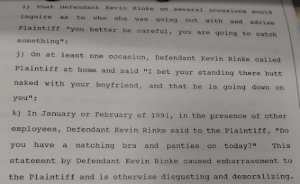 WARNING: This male employee was sexually harassed in the most disgusting way by Kevin Rinke 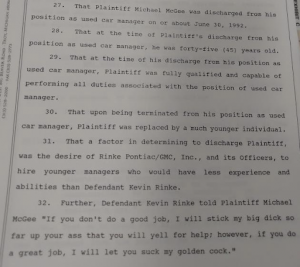 Read what it was like for Michael Blakes to work for Kevin Rinke.

Paid for with regulated funds by Michigan Strong. Not authorized by any candidate.